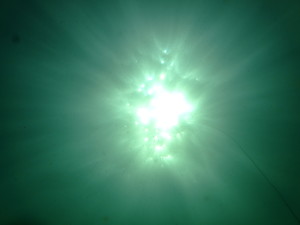 It’s a valid question. I think!

You read and hear in so many formats that very question. Maybe Alan Watts sums it up best. Many of the self help or self development books and gurus seek to clarify or help us answer it.

There’s no right or wrong answer to this. There is only your answer. Justify it anyway you want to logically but if it’s not right then it won’t sit right within you. It will keep you up at night, it will gnaw at any given moment and a feeling of dissatisfaction will prevail. Do whatever you “feel” is right but search for it first. Live life, don’t exist.

“Far better it is to dare mighty things, to win glorious triumphs, even though checkered by failure, than to take rank with those poor spirits who neither enjoy much nor suffer much, because they live in the gray twilight that knows neither victory nor defeat.”

We can also gain much inspiration from a man like Burt Munro, the world is full of ordinary people doing extraordinary things but we tend not to hear much about them as mainstream media continues its dumbing down run to oblivion. If you haven’t watched it go see the Worlds fastest Indian. Hopkins said it was one of his best films to work on as it was more him, his own character. The tapestry of your life is always just in front of you, always just ahead and something we should pay more attention to. It’s up to you where you will put in the stitches. The alternative is to have someone else do the stitching for you.

Perhaps the easiest way to drill down through the dross is to answer the ultimate question.

What will they say about me when I’m dead? Good. Bad or nothing at all?