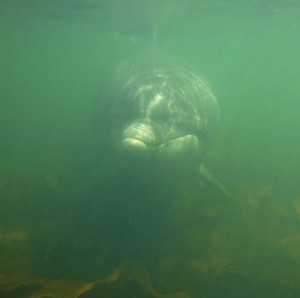 Many of us are attracted to the sea or the Ocean or just a body of water. It’s evident in the property prices near the Sea, it’s evident in any map of any country, people given the option will live close to the coast rather than in the midlands.

Problems seem smaller when you stare out at the vast infinity of the Ocean,  all the issues of this terrestrial existence melt away when you are on, under or just beside water but in particular the Ocean. If you are reading this blog chances are you have some kind of affinity with the liquid element too. No matter where I go, if there’s water nearby my fins come too. Even if conditions are bad I’ll still dive in just cross it off the list. I am with child to dive somewhere in the Pacific, maybe less so The Arctic and Antarctica but under ice somewhere at some stage has to be on the cards.

Some people take this one step further and abandon the land, maybe not altogether but they do sail off into the wild blue yonder on a regular basis. This isn’t just to travel but a way of life. A way of seeing the world and seeing yourself from another plane. The real you we are all so afraid of seeing. I am sure you might feel like Robinson Crusoe until you find out thousands of people do this all the time. There are thousands that have either retired, dropped out or decided that this is the path of life for them. “A tourist doesn’t know where they have been and a traveller doesn’t know where he’s going”. Paul Theurox.

We evolved from water so it’s only natural that once used to it, we feel right at home peaceful and connected. Our bodies if not our minds remember the ancient reflex that helps us stay down longer and deeper. Living on the West coast of an Island in the Atlantic you can’t helped but be moved by it, whether by the sunsets, the calm, the peace, the solitude or conversely the omnipotent raging power that sweeps all before it.The Ocean is a vast, vast beautiful thing and I hope and pray it’s still in good enough condition for future generations to enjoy down the road.

The film Blackfish aired on CNN recently and the storm of protest against cetacean captivity is building momentum year on year. Go see it and be moved. It’s hard to think what an individual can do against the tidal wave of problems and pollution that we seem intent on inducing into Oceans that provide the vast majority of oxygen we breath on this spinning little ball of ours. But you can, you don’t have to start a movement, you don’t have to throw stones through the windows of dolphinariums (but don’t let me stop you). Just pick up a single piece of litter from the beach and bring it home.

1. You will feel better about yourself.

2. The Ocean will thank you for it in some way shape or form.

3. Someone might see you and be inspired to do the same.