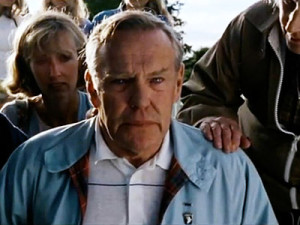 I usually cry (wait boys don’t cry) get a lump in my throat at two points in the film.

The opening scene where Ryan is literally struck down with grief as he visits the graveyard. That emotions are actually that strong, that not only can they stop you in your tracks but actually cut the legs out from under you. The action scenes and story takes over after this. The last scene then is the next one, where he is back at the graveyard and asks his wife ” tell me I’ve lived a good life”. This post obviously isn’t about the film but about a “good” life. The definition of that is up to you.

Yesterday the world lost someone who had truly lived a good life by any which way you measure it. Mandela showed us the power of forgiveness. He didn’t tell or try to instruct us, but lived and showed us so many lessons. His book is a hard read but a rewarding one. Talk about seeing change in your lifetime. Imagine the contrast of living/existing for so long in that cell, going on to lead your country and in essence lead the world.

It’s kind of hard for any of us to compare ourselves to someone like that and try to hold a candle to them but I don’t think that matters. The old cliche of, if you make a difference in just one person’s life it’s worth it, holds true. I suppose cliches always have some truth in them. I used to use them all the time but now I avoid them like the plague.

A short time ago the freediving world lost a brother in an incident during a competition. It was the first time a competitor lost their life in an AIDA run competition. You can read about it here with a good article by Sara. Lung squeezes are nothing new in deep freediving but probably have not being taken seriously enough. The speed at which people progress is phenomenal but worrying at the same time The freediving world is a small community that straddles the Oceans so while I had never met Nick I knew people who had. Their updates on FB etc allowed us a little glimpse of the guy and like so many others in this sport I know I would have liked the guy. At the end of the day he was a brother lost to the sea. The competitive push of many people is so strong  and sometimes it can lead to very dangerous places.

It’s a fine line between living the life and losing the life but surely still better than just existing, just waiting till its over, the last sorrowful breath. Why not plan or better still do something today to make it beyond “good”.